NEW ILLUMNAE TRACK ‘BLOOD ON YOUR HANDS’ OUT NOW

‘Blood On Your Hands’, the debut single from ILLUMINAE, is out now. The track is the first release from the forthcoming album ‘Dark Horizons’ out on 12/2/21 and is available to pre-order from the online store.

Blood On Your Hands is available to download from all major online music stores inlcuding iTunes, Apple Music, Amazon.

The Blood On Your Hands video was directed and produced by Chris Lavelle of LDi Studios.

New ILLUMINAE single and video ‘BLOOD ON YOUR HANDS’

I’m excited to announce the release of the debut ILLUMINAE single ‘Blood On Your Hands’ on 27/11/21. The track is the first release from the forthcoming album Dark Horizons released on 12/2/21 and  is available to pre-order from the ILLUMINAE online store.

Blood On Your Hands will be available to download from all major online music stores from Nov 27th.

Over the past year we’ve also been working with video director Chris Lavelle of LDi Studios on a video for Blood On Your Hands. We were already familar with Chris’s work and loved his vision and distinct style, so we were very pleased when he agreed to team up with us to work on this project. We’ll be premiering the video on Nov 27th with the release of the single. The video will be available through YouTube, Vevo, Tidal and iTunes.

I’m excited to announce the release of the debut ILLUMINAE album ‘DARK HORIZONS’ on Feb 12 2021 through Immrama Records/Gonzo Multimedia.

The album features some amazing special guests – Steve Hackett, John Helliwell, Craig Blundell, Troy Donockley, Luke Machin and Gonzalo Carrera. The album was produced by me and mixed by top mix engineer engineer and long term Karnataka collaborator, Joe Gibb (Massive Attack, The Cure, Leftfield) . I’ve enjoyed creating the artwork for the Karnataka and Chasing The Monsoon albums and the Illuminae album also features a new design by myself. The album was mastered by Pete Maher (U2, The Rolling Stones) who mastered last year’s Chasing The Monsoon release No Ordinary World. The album will be released in the following formats:

You can pre-order the album from the ILLUMINAE online store.

Long time Karnataka collaborator and top mix engineer Joe Gibb has been weaving his magic to finish the mixing on the debut ILLUMINAE album. As well as working on many of the Karnataka releases, Joe has also worked with artists including Massive Attack, The Cure and Leftfield, to mention just a few. Album release details coming soon.

Just after lockdown started, and following the forced postponement of the Karnataka tour, we started writing a new song for the next album. It seemed to capture the lockdown vibe for us, so, we thought we’d break with tradition and release the song now rather than wait for the album to be finished. Look forward to releasing the track on Monday as a free download @ www.karnataka.org.uk

The debut album from Chasing The Monsoon ‘No Ordinary World’ was choosen by Progwinds as their Album of the Year for 2019.  Thank you Progwinds!

The debut Chasing The Monsoon album No Ordinary World was voted Best Album of 2019 by Get Ready To Rock.
Thanks to everyone who voted!

Great review of No Ordinary World in the new issue of Prog magazine out now.

“Whatever touchstones you point to, this album succeeds on the back of old-fashioned song writing virtues: strong hooks, powerful melodies and stirring emotional resonance” Johnny Sharp Prog Magazine

Check out the new issue for the full review.

The new issue of Powerplay Magazine features a great review of  the new Chasing The Monsoon album No Ordinary World.

“The promise of Chasing The Monsoon has attained almost legendary status”

The new issue of the magazine also includes a track pass code which allows you to download a free Chasing The Monsoon track from the Powerplay magazine website. 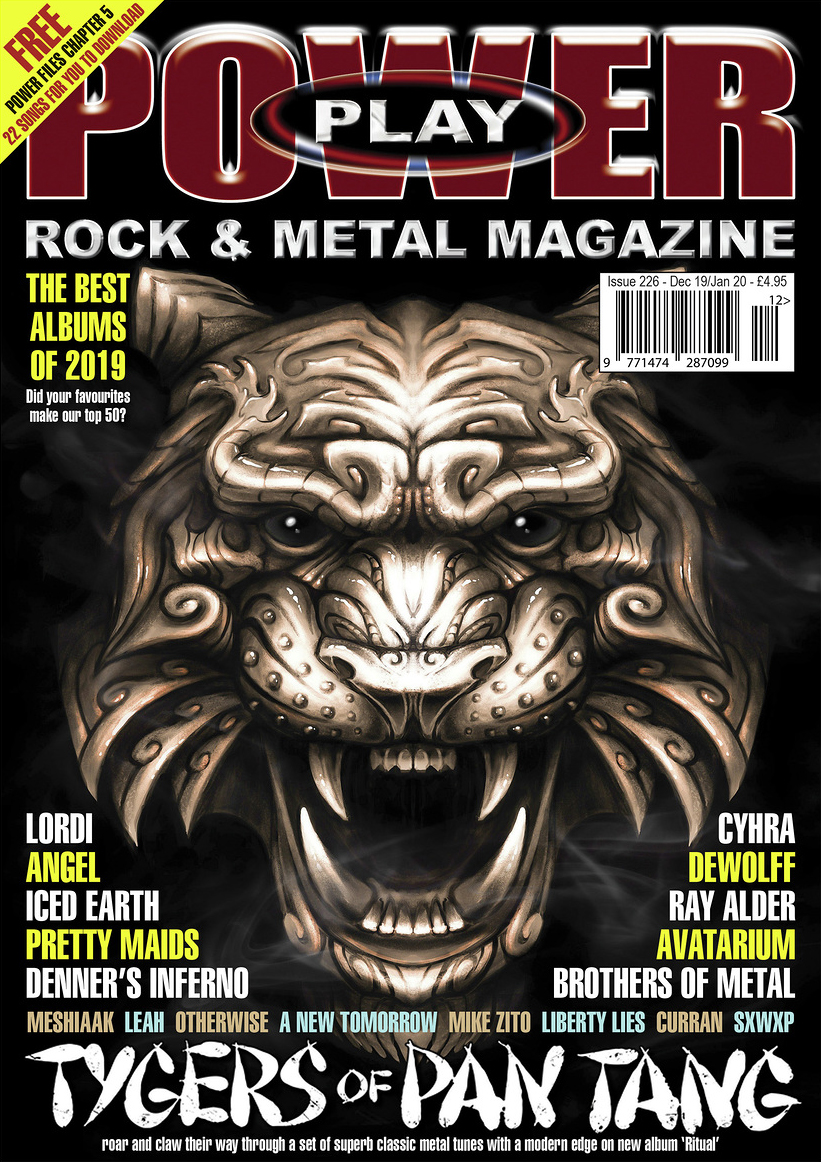